Another victim of the digital age kicks the bucket this month: Polaroid instant film. Once the fastest way to produce a captured image, the film manufacturer has announced that it can no longer compete with digital photography and will stop making the film this month. This stuff has been around for sixty years and it was another inevitability in our modern electronic era.

I don't really feel sorry for Polaroid. Like any company, they have to evolve with the times if they are expected to remain afloat. What's too bad is that Polaroid is yet another relic of many childhoods that is about to fade from view. I can remember the niftyness of the Polaroid cameras and the homey ad campaign starring James Garner and Mariette Hartley. I remember the distinctive sound of the picture ejecting, and the anticipation of watching it develop. It was a neat way (although never very detailed or inexpensive) to capture memories.

In one of my favorite films, Memento (2000), hero Guy Pearce had his short term memory damaged when his wife was killed. He would carry around an old collapsible Polaroid and take shots of things he had to remember, making notes on the large bottom margin (on of the film's trademarks). Like Guy's memory, soon this once pervasive film will be forgotten itself. Sad. 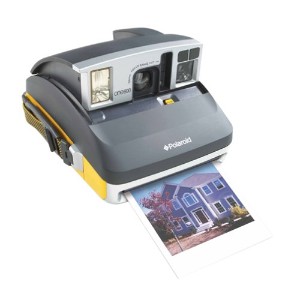