Social Media Comes at a Price - Twitter Over Capacity 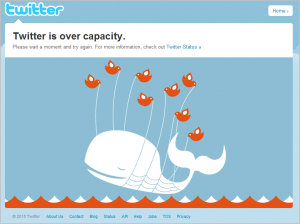 Some companies (including our own) have turned to social media as a real means to market our services. It's a way to extend your brand and informally communicate with an audience. If you depend on communicating with your audience with one of these tools and suddenly it's not there for you - you're out of luck.

As I logged into Twitter today after researching some recent trends - I noticed "capacity" was reached (see screenshot).  You'd think with a service this robust that literally handles millions of users per hour - that server capacity wouldn't be an issue. I guess they're growing too quickly to accomodate.

Unlike a paid for service - there is no level of accountability when you're not able to perform functions that come free through social media.  On the other hand - paid for servcies should have some level of accountabiliy or they'll go out of business. Example - we use Quickbooks Online. Now and then they are down - but they typically credit us for the downtime if its significant (which it was a couple of months ago [half a day]).

Obviously Twitter is not new to this problem as they've built an entire network that indicates to their users all the problems going on - "Twitter Status" (see below) - http://status.twitter.com/

It should be interesting to watch over time how these companies stay viable and profitable. Yes they do make money...that's another topic. 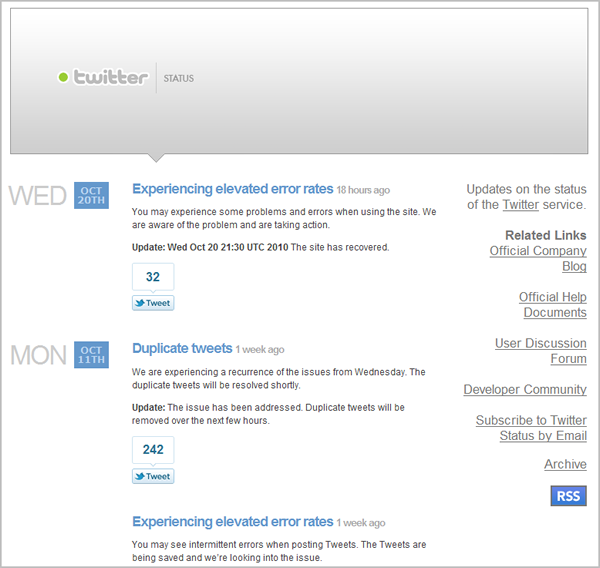