Android vs. iOS: the Pros and Cons of Two App Platforms 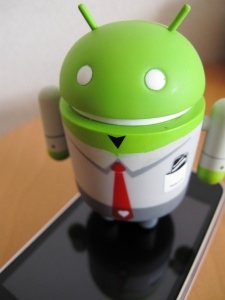 In previous articles we’ve covered some of the things to think about when developing mobile apps. In this brief article we’ll focus on some of the fundamental differences in creating apps for the three most popular platforms; Android, iOS and Window’s Mobile.

Google prides itself as giving software developers an open-platform to develop applications on. This means that unlike some of it’s competitors they don’t require approval to develop for it’s Android platform. This has been seen by many as a great advantage to those that would like to create software for Google’s Android phones.

The primary criticisms that arise from the Android platform are criticism of it’s openness. Because anyone can develop for Android, users and some Android App store customers feel that there isn’t any quality control. Developers also argue that the open nature of the software has lead to piracy and a loss of potential profit. Once a developer or company puts out an app, they don’t feel certain that it will remain secure or that they can track it’s downloads.

Android is an operating system that Google licenses to phone manufacturerer. This has lead to some app developers complaining that they have difficulty imagining what kind of phone their app is running on — therefore fixing bugs, and sending out updates can be a problem.

Apple is arguably the company that has made the term “app” a household phrase. Their marketing of “There’s An App for That” has done a great deal for how people view the software on their phones.

When building an application for iOS it’s important to realize that there is a gatekeeper of sorts involved. Apple has an approval process for all apps that are sold or distributed via it’s App Store. Having an app approved by Apple means that a developer has met a minimum requirement of quality, according to Apple. While it doesn’t mean that an app wil be successful it does confirm to a customer that Apple has been involved in what is sold in their stores.

Apple has been criticized for pulling apps from it’s store based on their content as well as removing apps that compete with their products. For example, Android’s app store features a wide range of web browsers, while on Apple’s App Store the recent inclusion of the Opera Web Browser was met with shock and surprise. To date, Apple has limited a variety of technologies, for a variety of reason. Adobe’s Flash player has been absent for some due to Apple’s stating that it doesn’t meet their metics of quality.

While all of the above mentioned platforms have their benefits as well as their flaws, the best choice for development should be based primarily on the goals and functionality of your app and not the perks of a particular platform.