Mobile App or Native Apps: What’s the Difference and Things to Consider 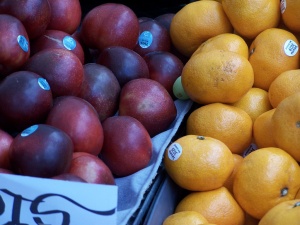 Deciding to develop an app requires a lot of thought. In the past we've written about some of the things to think about when deciding if a mobile app is right for your business. After you’ve decided if being in the app game is the right for you, the next step is going to be to decide what kind of app you’ll develop and for what platform.

Choosing A Platform For Your App

At a glance it might seems that there are dozens of options out there, in the end if your focus is mobile phone’s you’ll find that your options boil down to two categories: Web based Apps and Native Apps.

Just to be clear, there’s no reason why you can’t develop an app for multiple platforms, but the true cost of creating and then maintaing apps on multiple platforms can become frightening and daunting to someone who doesn’t have a history managing projects or programmers. Our advice is that if this is your first time being involved in a app development or overseeing a software development team or project, then the best thing is to keep things simple: do some research, pick a platform and learn everything that you can from the experience.

Web Based Vs. Native Apps. What’s the difference?

A web based app is a bit easier to understand — and arguably easier to develop — it’s an app that will primarily run inside of a web browser. Building an app in this way, depending on the goals of your app, may be easier and more accessible. An app built this way will probably be built using pre-existing web technologies. Though there might be limitations if you’d like your app to do something like process image, sound, or use location data.

Lots of things are possible with web apps, but they may cost more to create and maintain in the long run.

On the other hand, there is the option of Native Apps. These are applications that run directly on a hardware device. Since we’re discussing mobile phone application development then the easiest way to imagine it is like all the apps already on your phone. This option or method of developing mobile applications has immediate benefits, such as the ability to function a bit more smoothly and not have to be overly reliant on an internet connection.

While it’s entirely possible to develop both, it should be noted that researching the functionality of your app before coding is important — you don’t want to find out that you’re app doesn’t meet one of the app store requirements.

Other Factors To Consider

Cost is as much a factor in thinking about app development as it is in any project. Most web apps can be developed at a nominal cost, but don’t usually have much of a profit for a business as they tend to run on a web page and are thought of software as service. A good frame of reference for this is to think about your bank’s online web site and software. You require it to be solid, secure and easy to use, but we aren’t necessarily willing to pay extra for it.

If developing an app is something that you’re interested in as a revenue stream then the most common path will be to develop for a platform like Android, or Window’s Mobile, or Apple’s iOS. These platforms have reinvented the way we think about the software that runs our lives. These platforms also have their pro’s and con’s but suffice it to say, that developing an app on one of these platforms may require an investment, having one will add to the professionalism of your business.