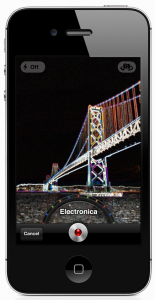 174465. In a society that's hooked on news regarding a billion dollar mobile app, or debating the morality of CEOs who rake in 63 million dollar bonuses, 174465 is a number that's seemingly unspectacular. On the contrary, this number changed the world.

The year was 1876. The Date? 07 March. The United States issued Patent No. 174465 to Alexander Graham Bell. Given that early enthusiasm was limited at best, disappointing at worst, chances of our ancestors being early adopters are likely slim to none.

136 years, 6 simple numbers, and billions of people later, many of us lived through the development of the first cellular phone. We remember our cars having home-style telephones. Years later, we camped out to get our first iPhone. A few years later brought a mad rush to be one of the first to own a tablet computer. Today, some of us have gone so far as to purchase a new luxury sedan that doubles as a mobile hotspot, ensuring its passengers are never without the internet.

Unlike its relic cousin once removed, internet-based 'smartphones' provide instant, continual, and relatively inexpensive communication. The fact that you're located in the States, while your best friend is based in Geneva, Switzerland, has now become a non-issue.

Of course, When you look at the history involved, the rise of a mobile picture-sharing app, such as Instagram, is unsurprising. While many will debate the secrets Instagram's success, most will agree on several factors:

Don't worry... you're not going to be treated to me digging up the horse, solely so I can beat him a bit more. Photo-sharing is old news. Mobile video-sharing, however, is just getting started.

Launched in March 2011 by (duh) San Francisco-based internet start-up, Justin.tv, the original SocialCam app was initially like many others. You capture video. You share video. Now? Let's just say that if you're one who's craving an Instagram-esque video app, you need not look beyond this app. Here are a few reasons why:

Full disclosure: yes, everything above can be done without this app. With that in mind, it's also a process. For those unfamiliar, this is a rough overview of what it typically.

What makes SocialCam worthy of a download is well... it's free. Okay, yeah, that's part of it, but, most importantly, this app offers you the benifit of not only being able to do everything I mentioned above, you have the luxury of doing it all within the same app. Not only does it have the tools, it is its own social network. Edit. Upload. Add friends. Comment. Meet people. Whatever. Yet if the thought of giving up outside social networks terrifies you, don't worry; you can register with your Facebook account, maintain your Twitter account, etc.

And the best part about SocialCam? It's just getting started. Additional soundtrack choices are in the the works. Higher speeds are coming. The features we may see by this time next year, is anyone's guess.

I don't know about you, but I am quite intrigued by where SocialCam will go from here. I'll be interested to find out whether they will end up become in video-sharing version of Instagram, or whether some yet-to-be-seen video-sharing app will be the one to command the title of, It app. User interest is high. Technology can only become stronger. If an video-sharing app developer can crack the code to balance a positive user experience with word-of-mouth marketing, I won't be surprised if we're hearing of another billion dollar buyout in the not-so-distant future.