5 Lines Sales People Should Bury In the Backyard 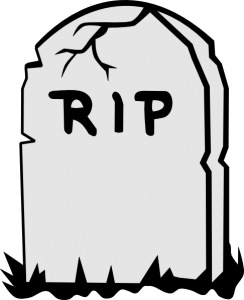 1. There's no obligation for you to buy!

I may not have signed a contract, but let's be straight with each other —we both know you're going to go for the hard sell. You've given me your time and although I am funny, awesome and clearly entertaining, you're not hanging out with me for free. You want that commission, right?

2. I'll be in the neighborhood so I'll plan to stop by.

Liar. We know you're not 'just in the neighborhood' out for a little stroll. You're following up with me in an overbearing way. (See Bad Line #1...)

3. I'm certain you will love (Insert Product or Service Here)!

We all know what happened to the Psychic Friends Network —please don't try to bring it back. You lost all credibility when you tried to convince me I'm the kind of woman who desperately wants a Prius. Nope. Sorry. Don't love it. (At all.)

4. I can guarantee you the lowest price.

If your cost is extraordinarily low, isn't it reasonable to assume the same about value? We both know everything comes at a cost, and I'm not naive enough to think I can have it all when I'm spending pennies in comparison to other services. Something has to give.

And finally last, but by no means least…

Although this isn't a specific line, sales people who lie through their teeth are more than merely unethical, they're a liability.

Several years ago I was shopping for a new car. I was already sold on the make; more than that, it's the only make I've ever owned and I'm a car fanatic. Let's just say, I know my stuff.

It would have been an easy sell until the salesman made a critical error: he lied. The worst part was that his lie was trivial at best. After I inquired as to whether the specific car had a feature, he claimed that it did not because the company had ceased to offer the ski bag as an option in 2001 because of so many customer complaints.

Big mistake. Not only did a friend own a 2002 with the ski bag, another listing I had my eye on specifically highlighted it —it's also the car I bought.

The great sales people I've met have one common, unparalleled asset: the art of listening.

These men and women have the talent to be able to remove themselves from the 'sale' to hear what I really need. They don't employ the obvious tricks above and their game is better for it. Once they've proven a seemingly genuine investment in me, you bet I'm far more likely to invest with them.