The Great Firewall of China: SEO in the Far East 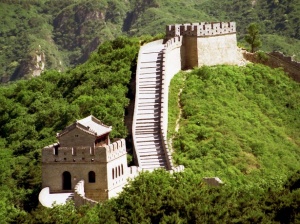 All those years ago when China built their first Great Wall, they had the intention of protecting the empire against nomadic invasions of all sorts.  In modern day China, a new wall has been implemented and it has a similar intent: to keep out unwanted invasions.

The new wall, which was actually initiated back in 1998, is a firewall that serves the purpose of keeping out all of the digital invasions from around the world.  In addition to hackers, the firewall keeps out sites related to gun sales, violence, pornography, and a variety of other information that China's Ministry of Public Security has deemed to be harmful, thus requiring censorship.

The firewall, aka, The Golden Shield, has been called the most complex firewall in the world, and it affects anyone in mainland China trying to access the web.  And, as China's middle class continues to thrive, the opportunities have come about for internet marketers to penetrate the market and create additional revenue streams.  Unfortunately, getting good rankings in China is harder than getting top rank for the keyword "Lawyer" in your local market.  But, with more than a billion people behind the wall, there are countless opportunities for international companies to turn a profit.

China's government employs a team of "Police Officers" to police the internet.  Similar to our NSA, they weed through astronomical amounts of data in hopes of identifying the perpetrators of their regulations.  They use a series of filters that block all of the content that is deemed a violating.  Mild violators will have their website's docked in ranking, while repeat offenders will be black listed from the nations 3 major search engines.  For example, both Facebook and Twitter have had their IP's blocked in China for allowing a variety of controversial content to be posted publicly.

Assuming you get around the IP Block, you still have to worry about the possibility of a URL Keyword Block.  This can be tough because you may not even realize that your URL is in violation.  Website Pulse has a test that you can take to determine if your website is permitted for screening in China.  Even Google is blocked in China.   If you're going to take a shot at Chinese SEO, then you will want to follow a series of protocols including setting up a separate website for the China market.  If you're up for the challenge, then the opportunities await.  Just remember, a firewall is still a wall, a structure put in place to keep out the unwanted; so, if you plan on getting through the wall, you're going to have to be ready to fight, just like the Nomads all those years ago.