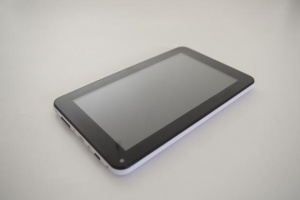 According to Apple, the sales of the new iPhone 6 and the 6 Plus have topped 10 million over the weekend, making it a "record setting weekend" for the tech giant.  Last year, iPhone sales topped 9 million in the first weekend, which exceeding the 5 million sold in 2012. The continued growth, which doesn't surprise the public majority, does confirm the reported consumer demand for larger screens, one of the more notable upgrades in this year's model.

The demand for larger screens has become evident with the increase in smartphones sized 5" or more.  Additionally, it has been reported that "Phablets," a combination of a smartphone and a tablet, will be imported to the US in much higher quantities this year.  The demand for larger screens has clearly had an impact on iPhone sales, but has apple pay been a significant variable in the success of Apple's weekend sales?

At the moment we can't necessary say one way or the other from a statistical standpoint; however, with an upcoming launch date in October, we have to believe that Apple Pay is having an effect on consumer interest.  All of the major banks and brands have prioritized their integrations with the new payment system.  That leads us to believe that the public will also be prepared to invest as well.

Nonetheless, 10 million sales, which equates approximately $6.5 billion in sales, is a staggeringly impressive number, but Apple Pay should have the final say in determining the impact of this new device.  If Apple Pay turns into a transactional revolution, then this phone may go down in history as the phone that changed how the world moves money.  What do you think?