Android Apps Coming To A Computer Near You 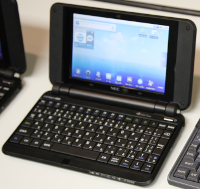 Every once in a while, a programmer makes the news for creating something extraordinary. He or she creates something that pushes the boundaries of what code was believed to be capable of. Today, that award goes to a developer by the alias of "Vladikoff". In order to understand what he built, you first need to think about the way Android apps currently work. If you want to run an Android app, what would you use to run the app?

For most people the answer is obvious: any device that runs the Android operating system. Most people believe that only Android smartphones and tablets are capable of running such apps. Those who are tech savvy know that, in addition to such devices, one can run apps on their computer using developer tools, virtual machines, emulators, etc.

Although running Android apps in the Chrome browser is in its early stages and still prone to errors, Vladikoff created a "hack" that allows you to simply drag an app into the Chrome window and begin running it. Since Chrome is a web browser available on all major computer operating systems (Windows, Mac, and Linux), this progress is a game changer. It means that even Mac users, whom Apple has been trying to protect from the Android ecosystem, will now be able to run Android apps. Android is not far from being a part of everyone's computing experience.