How Will Visa Protect You From The Dangers Of Apple Pay? 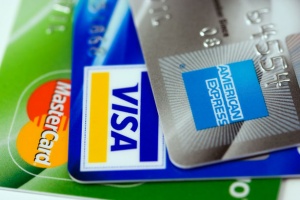 Last month, we wrote about the future of digital transactions when it was revealed the Apple Pay was going to be a real thing.  A few weeks later we wrote about Apple breaking their own record with their first weekend iPhone sales. Now, we're on the verge of the highly anticipated launch of the Apple Pay system.  And, we get how it works.  You tap your iPhone 6 or 6 Plus, then your payment is made.  But, one question still remains: How will the credit card companies actually keep your information safe?

Last year, we saw Target get hacked, resulting in millions of stolen credit card numbers.  This year, we've seen JP Morgan, Dairy Queen, and many other having their systems breached as well.  There has even been enough breaching to warrant a dedicated Forbes article in this morning's feed.  The idea of a breach is incredibly scary.  The senior developer at our company has been working on servers and eCommerce sites for years, and he refuses to enter his credit card information anywhere on the internet at all (he actually says he uses PayPal when he absolutely has no choice).

So, with all of the insecurities of using the cloud for payment, what is Visa doing?  To start, they launched a Token Service that replaces the sensitive payment account info with a digital account number.  These account numbers, called "tokens," don't actually carry any secure data associated with your account; so, if it was to be lost or stolen, no secure information would be lost.  See where we're going here?  Visa plans on using the new token system to sync up with Apple Pay.  That way, when you start using for phone for commerce, only a digital token is at risk of being hacked and that wouldn't be such a big deal.  In fact, Visa says that your payment credentials won't actually be stored on your phone anywhere.  So, in theory, you're not actually making a transaction when you check out.  The token is processed, which in turn sends a message to Visa that it is OK to charge the associated card.  Since your information is never actually transmitted, there is nothing for a hacker to intercept.

On the chance a hacker were to intercept one of these tokens, they won't have anything to do with it, aside from celebrate the personal victory.  In order to complete any transaction with Apple Pay, an Apple ID and a Touch ID Fingerprint are required.  Apple is happy to replace tokens just like they would be happy to replace anything else with zero value.  It's actually starting to look like all of these loose ended questions are being tied up, and that only makes the anticipation greater.  Apple is yet to release the launch date, but they have held firm to October as the month to launch.  Are you planning on using Apple Pay?  Would you be nervous about your credit card data being stolen?  It won't be long now until we find out!