American Tech Companies Looking Small: What is Alibaba's Ace in the Hole? 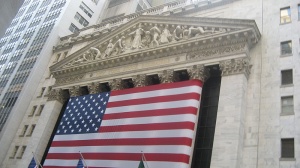 When Alibaba had their IPO about a month ago, we already knew they were going to be the next tech giant.  With an initial offering of $68 dollars, it was obvious.  So, what has happened since the IPO?  The baba stock has had ups and downs, hovering around the $85-$90 price point, while the majority of the stocks listed on the NYSE have begun to deplete in value.

Yesterday, a CNBC report speculated about the coincidence between the Alibaba IPO, and the S&P 500's all time record high, which occurred just 8 minutes after the IPO.  Since then, we have seen sharp declines from the S&P, as well as the other major indexes here in the states.  While it does seem to be an interesting coincidence, many people have speculated that the stock market has been on the verge of a downward turn for several months.  Alibaba could have been the last major IPO to cash in for quite some time.

Either way, it's fun to speculate about what caused what, and why this stemmed from that.  So, let's question the future of Alibaba.  With that stock value of just under $90 dollars per share, the company is the 4th largest tech company on the American market, only behind Microsoft, Google, and, of course, Apple.  Additionally, they still have a very serious ace in the hole.  That being, they have already dominated the Chinese market, and they are still expanding throughout the world.  The other three companies on that list have all taken on the global market, yet none of them have been able to penetrate and dominate the Chinese market.

At the moment, with China's Firewall still looming, and with their government well in control, it seems most likely that Alibaba will be able to dominate the world before anyone else is able to dominate China.  Alibaba's future is still uncertain, but not in comparison to the state of American stock prices.  The next few months will tell an interesting story, but who will come out on top?  Will anyone come out on top?  Let us know your thoughts below!