Retail Robots Are Real and Being Hired by Lowes 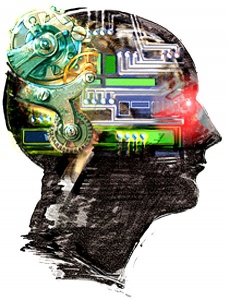 These days, several classic sci-fi movies are being proved right or wrong, as artificial intelligence becomes more common to society.  Some have hypothesized the future emulating the Terminator films with a super computer taking on the human race, while others envision a scenario from Minority Report with civilians being arrested for crimes that they have yet to commit.  Nonetheless, home improvement gitant, Lowes, is preparing to alter the social norm by adding robots to their staff in order to improve customer service and sales.

The robots, called OSHbots, have been programmed to patrol the aisles of a hardware store, armed with an up-to-date list of inventory, and the intelligence to connect customers with the products that they need.  The intelligence is said to be particularly impressive.  You should be able to walk into the store with a random screw or bolt; and, upon showing it to the robot, the robot should be able to identify the part and direct you to where you can buy the part in the store.  If the part is not in the inventory, it will also know that right away as well.

Among the criticism is the fact that the robots will replace people, and that means they are taking away jobs.  It's difficult to say which is more valuable at the moment.  The robot costs about 50k, while an average worker earns about 25k plus benefits; however, the robot never takes a sick day, and it's personal life never gets in the way of doing a good job.  How we define a good job will determine a lot of the robots' future.  Will people respond well to being assisted by a robot?  We don't know how efficient the robot is in terms of communicating with a customer.

Would you buy from a robot?  Do you think robots will eventually replaces sales associates across a variety of industries?  Let us know in the comment below.