The Power of Brainstorming in Business

Sometimes people think that creating a business is just having a great idea and putting it to work; and that is partly true. However, if you are not familiar with what goes on into creating a new business then you haven’t figured out 90% of your work.

There is one thing that you need to understand, even if you have a not-so-great idea, but you have an amazing website put together, a great marketing campaign and a medium to high profit margin, you can still be profitable and have very high revenue. Having a great idea isn’t everything, but what will bring your business afloat is everything else that makes your idea feel tangible and possible.

1. Brainstorm your Business Ideas: It is important that you know that there is no dumb idea.

Something we tend to think (this is something we do as human beings) is that some ideas we come up with aren’t good enough, so we don’t add them to our brainstorm list {if you’re like me, you create multiple lists a day!} but the fact that you don’t add those less-than-perfect ideas, shortens your ability to come up with new, greater ideas. That’s just how your brain works.

Bedtime Story: I’m going to assume you know the Angry Birds game. Did you know the creators were about to close their app-making business because none of the apps they had created so far were having the success they were expecting? But right when they were giving their last efforts to either come up with something amazing or definitely close down, they decided they would brainstorm 10 “good” game ideas a day. And that’s how they came up with the Angry Birds game… The rest is history.

I don’t know how long it took them to actually come up with the game, but I’m sure it wasn’t on the second or third day. Braindstorming is such an important part of the process, because you make your brain work outside of the box. (We definitely like that)

How to Brainstorm Successfully: Let’s say you want to have a business in which you will provide a certain good, anything. You must write down in your brainstorming list everything that comes to mind when you think of that certain good.

Let’s say you are thinking of opening a bakery. Don’t limit yourself {or your list} to only one category or two, it’s called brainstorm, because it is nicer than saying brain-throwup. Think of everything and let those words come out, even laugh at the words that sound funny or absolutely ridiculous. You can clean up later.

Props: Think of your customer (who is your customer? age? gender? beliefs? social status? preferences? ethnicity?), of colors (colors that come up when you say “bakery” or the actual name of your bakery), of numbers, of the set up, style, theme, location, fabrics, style, the pastries, the servers, etc. So, literally, everything that comes to mind when you think of your business idea, and write those ideas down. After a few days of doing this, you'll notice that you've become a bit more creative and that your mind had begun to think outside of the box.

Creating a new business is a lot of work, but if you're determined and you have a good idea, there's nothing that can go wrong. 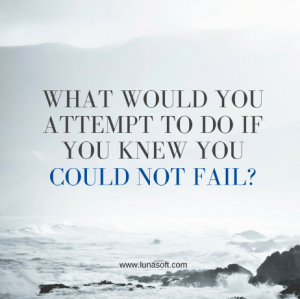