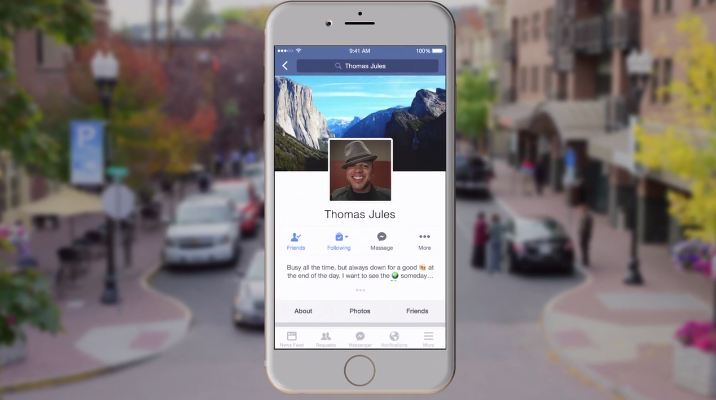 You may have noticed that Facebook doesn't look the same as it did just a couple of weeks ago, at least from your phone. But did you know that besides the new design, you are also able to have an animated profile picture?

On September 30th, Facebook announced that users could now add these short (7-second), animated, looping videos as their profile pictures, but as always, only a few lucky users were able to test it for a week or so. By now, everyone should be able to use this cool new feature. The looping video will be a lot like a Vine clip, repeating itself after it's over.

Although this sounds like a fun idea, I'm starting to wonder the ways in which people will use this feature to not only show who they are, but to also show what they're passionate about, opening the door to connect to others who are their "friends" but haven't really connected in years. (Isn't that one of the main reasons of Facebook anyway?)

What are your predictions on how this feature will "change" the way we connect with people on Facebook? (Leave comments below!)

Another cool feature (or, upgrade, really) is that now you can select a temporary profile picture. I'm sure you already know what this means.

I've seen so many movements that include people changing their profile pictures to a common picture, and that way, stand for what they believe in, or complain about something, or just show what they're part of. For these occasions, users change their profile pictures for just a few days (or even one day) and then they manually change it back to their old profile images. Well, now, there's some sort of timer that let's you set a temporary image and then it changes it back to what you had before, requiring no extra actions from you. (This is what "understanding your customers' needs" looks like!)

What are your thoughts? Are you going to add a short video to your profile picture?